This stunning sequence was pieced together from the Orioles vs. Bluejays game on Thursday (5-23-13) with still images courtesy of MLBN’s Plays of the Week. The good folks from Plays of the Week showcased Nate McLouth’s stadium-crashing catch as ranked ninth in top plays of the week. (All personal bias admitted, I believe the stellar play ranks even higher.) To be sure, it was a catch tailor-made for the highlight reels. What seems additionally striking is McLouth’s impassioned and purely sacrificial effort here. Take a look. 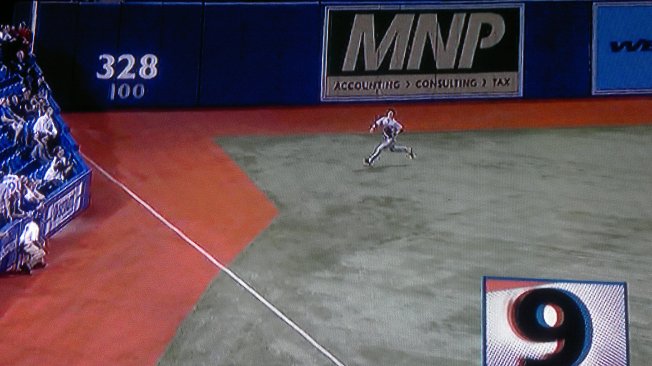 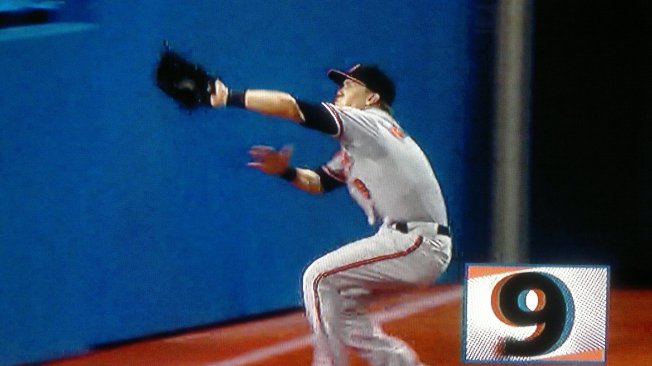 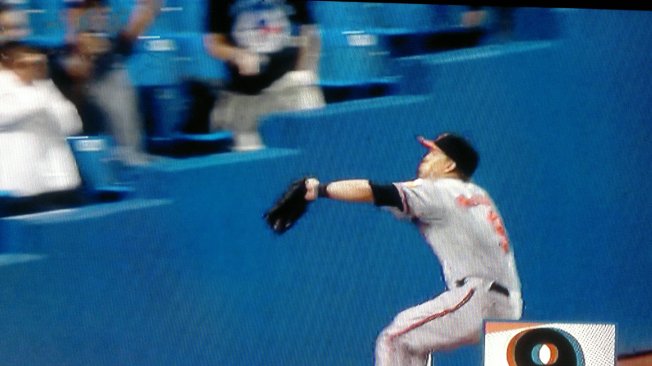 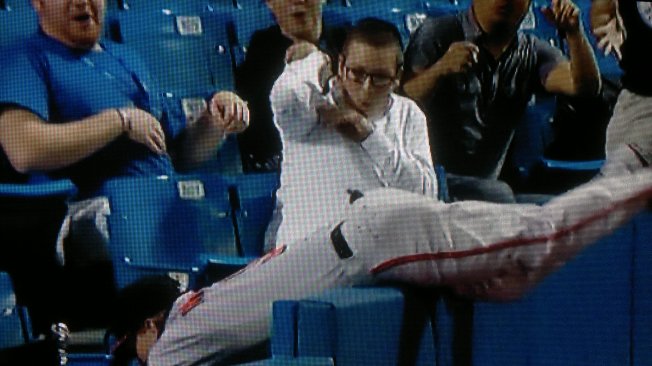 What’s almost as entertaining as McLouth’s outstanding catch is the onlooking young man donning his yarmulke. Watch his reaction. Though he came to the game sans fan gear, he’s clearly a Bluejays devotee.

Watch him as he futilely tries to make the call for the officials.

Another fan behind the young Jewish man even joins in, desperately signaling to umpires and cameras alike. The behavior of these Torontonians, these naysayers, suggests that McLouth dropped the ball–perhaps whilst out of sight behind the wall with his feet over his head. In excited agitation, these bluebirds thusly flap their French-Canadian wings in protest and allege the catch was no good, no good!

Oh, but it was good.

And then it “turned ugly.”

The Baltimore Sun reports that one of those bluebirds soon turned to heckling and then chucked a soda or beer can on the field in McLouth’s direction. Thankfully, McLouth went unharmed by the beverage projectile (as if a half-empty aluminum can would injure him after such a stadium-diving display), and the offender was thereafter escorted away.

However, the real damage done in that same 6th inning was felt in another way by the O’s: when the Jays scored four more runs in what would be an ultimately brutal 6-12 Orioles loss.

But it was still a great catch–and no amount of ugliness can diminish the purity of that.