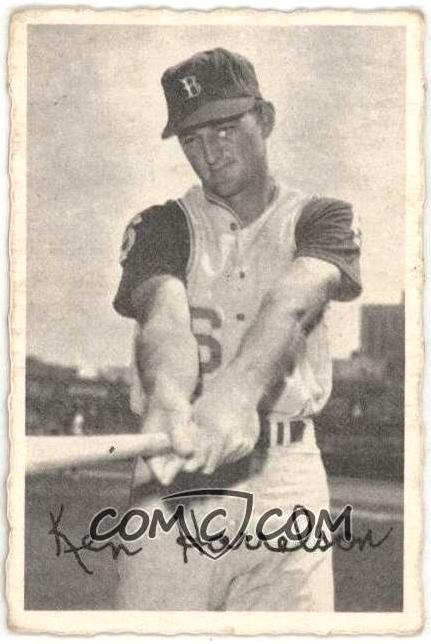 No!–Ken “the Hawk” Harrelson most definitely is not “gone.” (He’s alive and well, still providing the color commentary on those Chicago White Sox broadcasts.) But the eroded deckle edge on this 1969 Topps card is certainly close to gone–and that’s what makes it so great.

During the Cubs vs. Mariners national game broadcast on Friday night (6-28-13), I felt my brain do an odd, auditory version of a double take. It was a reaction to WGN’s commentating duo of Len Kasper and Jim Deshaies and something they said: “Faúl Raúl,” Len (or was it Jim?) mused after Seattle’s Raúl Ibañez hit a foul ball. “Rhyme of the Ancient Mariner,” chimed Jim (or was it Len?).

“Ding!” went the culture couch critic lounging in my heart who leapt from his Cairn Terrier’s hair-covered chair. Led by my heart’s excitement, I followed suit and heedlessly jostled a drowsy pup. I was astounded. Something awoke within the former, mediocre college student of “English Language and Literature.” (That’s what my dusty B.A. degree says I studied, implying lofty tomes of Shakespeare and Chaucer, though in truth I partook of a far stranger, less canonical cocktail of Michael Chabon, Dawn Powell, and John Fante.) Did I just catch a literary reference from the professional sports expositors and scriveners, the loquacious appreciators of all things baseball? Hotdogs, sabermetrics, and Coleridge–oh my! What sounds from out of the mouths of babes!

But I’m veering towards the facetious–indeed, the mean-spirited. In fact, upon further analysis, this brief and jocular exchange between Kasper and Deshaies proves even more surprising and complex, especially considering its spontaneity.

Whether intentional or not, Len (or was it Jim?) seemed to intuit the double meaning or at least pun in the title of Samuel Taylor Coleridge’s lyric epic, “The Rime of the Ancient Mariner” (emphasis added). For the now somewhat archaic word “rime” alludes not only to the frost that Arctic seafarers experience but also to the homophone, rhyme–of course a popular literary device, and one which Coleridge’s poem utilizes.

So Jim’s comment (or was it Len?) feels all the more appropriate and even remarkably erudite. Remarkable, I say, not because of any elitist prejudices against sportscasting but, quite the contrary, due to the utterly impromptu and often challenging nature of its quick-witted business and craft. Consider first the very occurrence and circumstances of this unlikely literary reference; remember this is a nationally televised broadcast of a baseball game. Next understand how the reference draws on at least a passing familiarity with late 18th-century British literature, romantic poetry at that. Now please don’t mistake my meaning: I believe that most baseball fans possess all of the same intellectual capacity and potential to literary pursuits as anyone else, insomuch as they desire, and the Ken Burns PBS Baseball series (1994-2010) with its sample social strata of varied interviewees can attest enough to that. Nevertheless, I hazard to guess that British romantic poetry is about as endemic to baseball crowds as ballerina slippers in the NFL.

Finally, in addition to the previous rime vs. rhyme distinction, observe the playful manipulation of the off-rhyme word, foul, for the preferred perfect rhyme of “Faúl” to better agree with Raúl. And compared to Coleridge’s own pun on “rime,” the WGN commentary offers two further puns in the employment of this specific reference: not only is Ibañez a re-returning deckhand (ha, there’s one of my own!) for the Mariners–this being his third stint with the team–he is indeed quite the veteran of professional baseball at age forty-one.

While I won’t go so far as to call Ibañez ancient, his grizzled and frosty visage today certainly offers a stark comparison next to the striking fresh face on his minor league card issued during his time with the Appleton Foxes. . . .